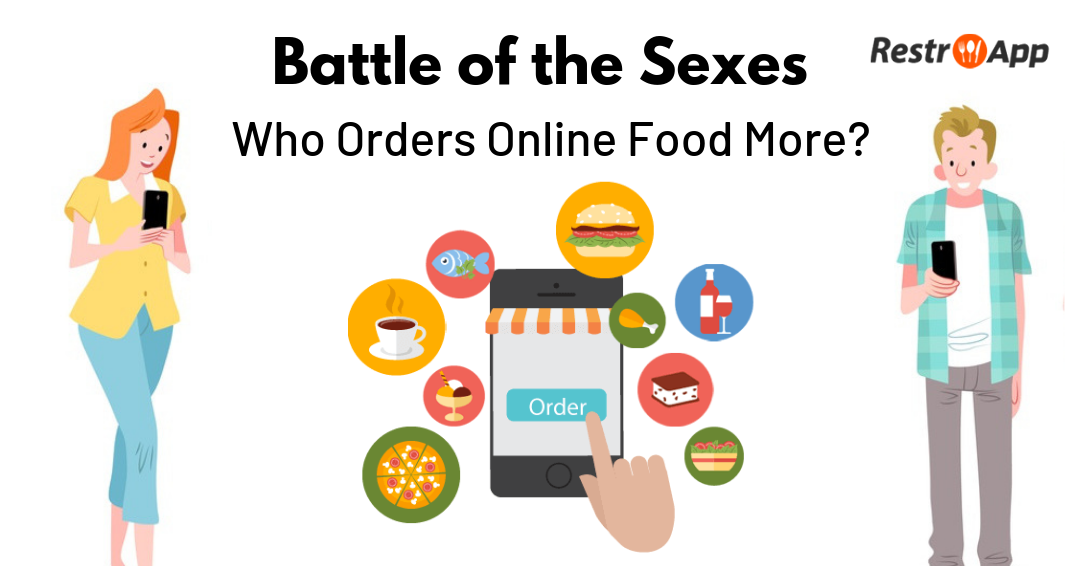 Hasn’t the battle of the sexes been relevant in every walk of life? Not trying to generalize, but don’t we all agree that some battles are won by the beautiful ladies and some by the handsome hunks. Say, for example, females win by a large margin when it comes to shopping and males when it comes to gadgets. You would say we all love food, be it men or women. But after a lot of analysis, we now have certain preferences that are more popular with men and some more with women. With an online food ordering system, data collection has become much easier. Insights about the preferences and patterns of customers can be drawn from various food ordering apps.

There are differences ranging from what time of the day to what cuisine or which desert or which drink is preferred more by the particular gender.

Based on data, it is observed women order more per order than men.

Women prefer to order on online food ordering system from their work location more than men. Also, men will rather pick up their meal from the restaurant more than to get it delivered at their own place.

Some key takeaways and other interesting facts looking at the ordering patterns of men and women:

Women are also generally seen to be making more healthy food choices than men. These insights about what is preferred more by each gender can be very useful in serving the customers better.

Hanna Norris is a Blogger by passion and Digital Marketing Specialist by profession at Restroapp. With almost 3 years of work experience, she specializes in Social Media Marketing and Content Management.